We woke up this morning and Ashley was already preparing breakfast for us. She's quite the cook and had this really delicious vegan pancake recipe. Instead of using eggs she used flax seed powder and mixed it with water. Instead of milk, she used soy milk. It was freaking spectacular - some of the best pancakes I've ever had. John agrees, "they really were quite exceptional". Ashley, if you're reading please email me the recipe or post it here!

We left around 11:30 am for Portage la Prairie. We've apparently been pronouncing it wrong which made Brandon locals laugh at us. We're pronouncing it with a distinctive french accent but it's apparently not supposed to be pronounced that way. Ashley kinda scared us out of staying there. She told us that Portage had a curfew for those under 18 years old due to its high crime rate. I figure I look about 16 so I'd probably be forced indoors by the police if they saw me cycling on the roads. Isn't a curfew law kind of ethically sketchy? It seems like it would be against our civil rights. How antiquated. We made way for Winnipeg instead which was an extra 75 km.

Today was freaking hot outside. Today I drank more water than ever before - probably equivalent to about 12 750 ml bottles of water. Somehow I was still somewhat dehydrated. The temperatures got to around 30 degrees celsius today and for much of the day we were cycling on freshly paved black asphalt which absorbed much of the heat and cooked us alive. It was a blessing and a curse because it was smooth to ride on, but far too hot for our liking.

Today confirmed for us that we're cycling at a pretty fast speed. We've yet to have anybody actually pass us while we've cycled, but have passed several people ourselves. It feels pretty good. The prairies have been quite  a breeze to cycle through. We estimate we're going around 25 km/hr without any help from the wind.

Cycling has become  bit of a game for me. We always have to dodge little rocks with our bikes, and it reminds me of the game Cube Runner:

Somebody should make a cycling version of the game. If you hit little rocks, you'd loose points and it would get progressively more difficult the more you screw up. It would be complete with obnoxious drivers who throw beer bottles at you and scream obscenities or something. Could be awesome. I know I'd play it.

We travelled a total of 218 km to Winnipeg today. It was our second furthest distance, but was much more difficult than Swift Current to Regina (which was 250 km) because the wind was coming in from the north the entire day.

Tonight we're staying with Barry and his wife Patsy - two awesomely hospitable people who are close friends with the Lecker family (Barry is Josh's dad's best friend). They had deliciously tender thick cut steaks from the local butcher for us to barbecue when we got there. They were exceptionally tender and tasty. We been so lucky to stay with such generous and accommodating people. Canadians really do freaking rock.

Barry and Patsy's house is really quite something too - it's full of character and rustic artifacts (for example, they have a coffee table that they imported from California that has pirate coins and maps laminated into it). So freaking cool. Barry's an accomplished and talented photographer who does great works of portraiture. I wish I could make a living doing that - and probably could if I really practiced hard. Maybe I'll do it on the side when I'm a teacher.

Tomorrow we'll be taking a day off here. We'll be checking out downtown Winnipeg and using each of our $10 off coupons at the Old Spaghetti Factory. I really look forward to that, haha. More to come soon! 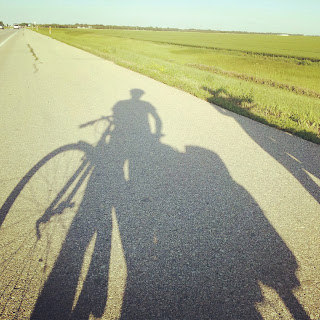