That Guy Gumming Your Big Toe

Matti Cowan here, updating the blog from who knows where (it's North Bay)! Here's a fun fact about North Bay: it's on a bay, and it's north. It has a population of around 53, 000 people and is the birthplace of this guy:

I cannot confirm the accuracy of that statement.

...that guy looks like either the friendliest guy ever, or somebody who you'd notice gumming your big toe while you're sipping a coffee at a cafe.

Tonight we're staying with yet another really cool couch surfer named Amanda. She recommended a newly established restaurant for dinner called Raven and Republic. John and I both ordered a delicious hand made pasta with creamy tomato sauce with hand made blackened sausages. I had a flavourful Ontarian beer from Oakville called Maple Bock. It's a strong beer with a distinct maple finish (indeed it's brewed with pure maple syrup). It's an exceptional beer and is so far my second favourite beer. It's second only to Snow Bunny from the Slow Pub in Regina. If you like maple syrup (and you do - of course you do) , I highly recommend it. It was quite a fantastic restaurant with a great beer selection, but it was rather expensive. I doubt if ^that guy^ could afford it.


We walked down to lake Nippissing and I sat on a hill (like a fool), and watched a mediocre sunset. We explored downtown but most stores were closed, except for this odd little bong shop that was curiously owned by a sweet old lady. Is that inconspicuous or quite conspicuous? I can't decide. I wanted to buy a cigar, but all they had were these disgusting blueberry ones. Rum cigars are good - even chocolate cigars are good - but blueberry? No. Come on! 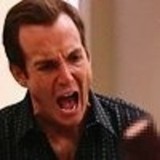 We walked back to the house, and when we got in shared a beer and some stories with Amanda and her roommate. Amanda suggested we play Bananagrams which is a game similar to Scrabble but much more fun and less pretentious. Scrabble is for stuffy English majors who have nothing better to do but lament their useless degrees while playing Scrabble. I hate Scrabble. I'm not smart enough for Scrabble. Bananagrams is awesome.


Today I decided that Abba is one of my favourite bands (top 15 at least). Who can deny the brilliance of Dancing Queen and Voulez Vous?: