Nobody Cycle to Dryden

...because it's terrible. Actually okay, it's not that bad. It just seemed like the last twenty kilometers were really sixty so we entered the town quite annoyed. There are also these really horrid sounding crows that honestly sound like some mad scientist mixed the DNA of like, an abused child and a crow, grew the creature in a lab, and released it into the wild just to sadistically watch people's heads explode. My ears are bleeding.

So we started the day fairly late because John's back tire was wobbly and so we needed to get it checked out. It turns out one of his spokes was broken. It cost him twenty dollars to repair it! John is however loaded and so I have little sympathy. Hear that ladies? John's a rich, good looking bachelor who is cycling across Canada! Applications to be John's new lover can be sent via email to: thisisafakeemailaddress@omgitsfakeyouidiot.fake . Gentlemen, you could probably apply too.

The heat was ridiculous today. I read an article yesterday that said that extreme heat actually makes climate change deniers less skeptical about global warming! If that's really the case, I say BRING ON THE HEAT (not really though because this really sucks).

One more thing: it's my amazing sister's birthday tomorrow, but by the time she reads this it will probably already have come so HAPPY BIRTHDAY BECKY! I seriously couldn't ask for a cooler, more supportive sister. I love you tons and miss you so much! 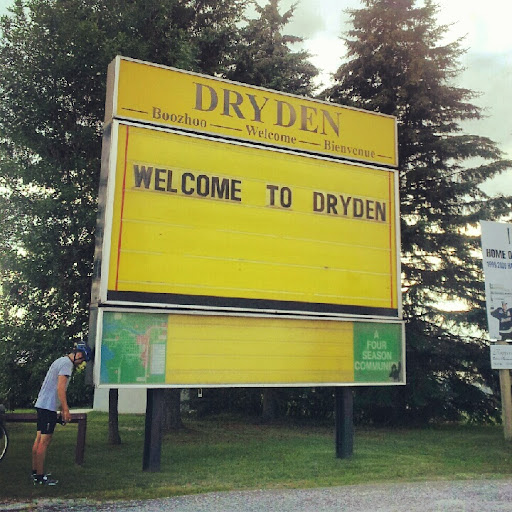