Little Mosque on the Prairies

Another day, another blog post - this one from a tent in a campground in Broadview.

We started the day really late, but at least got a good quality sleep in Regina. In the morning, Harwood showed us lots of great stretches for our legs and insisted we massage them regularly. We then went to a cycle shop and John changed his tire, and we bought more tubes before departing.

We stopped in Indian Head for a break and met two sweet ladies lounging outside the visitor centre. They worked there. They asked us where we were going and if it was for a cause and we told them it was for the Sick Kids Foundation and they gave us a nice donation. Fun fact: Indian Head is where they filmed Little Mosque on the Prairies. The ladies were proud to tell us they were extras in the show.

We finally made it here to Broadview at around 7:30 pm. It's another ghost town, and almost nothing was open. We fortunately found an Asian owned restaurant just before it closed and had a good, cheap, filling meal. We finished just in time to catch a beautiful sunset. John wept in my arms. It was really uncomfortable for me. He then proceeded to write emo lyrics to an emo song.

Mom what are these yellow flowers? 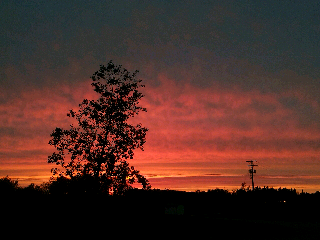 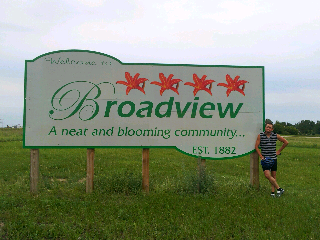 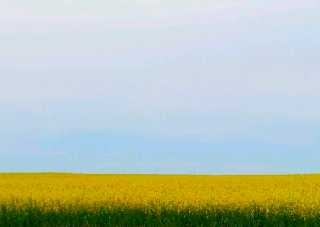