After a lovely pancake breakfast served to us by Melissa, we cycled about 90 km to or nation's fantastic capital Ottawa.

We weren't allowed to cycle on the Trans-Canada as we approached the capital, and were initially frustrated by the predicament. Fortunately there was a cycling trail we found that went along the Ottawa River to the downtown core. The trail was very scenic and even included a small section that was full of these odd stone effigy thing-a-jigs.

We got to Bonnie's place rather early, and so we showered and waited for Tamara and my parents to arrive. It's really good to see them all. I've missed them all very much.

After a delicious dinner, we explored the architecture and a few attractions. We caught a light show at Parliament Hill, and are now about to sleep. It was quite dazzling, but nothing we haven't seen before. Still, it made me feel quite patriotic watching such a detailed and colourful display on our parliament building with the Canadian flag blowing wildly in the wind atop the clock tower. Funny enough my mother ran in to her coworker Pam at the light show. What are the chances? 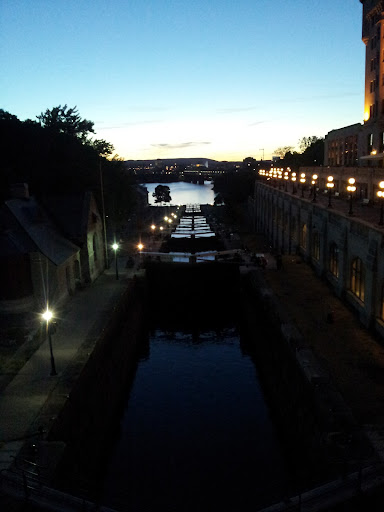 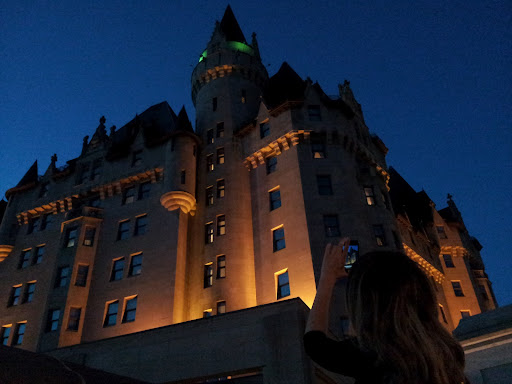 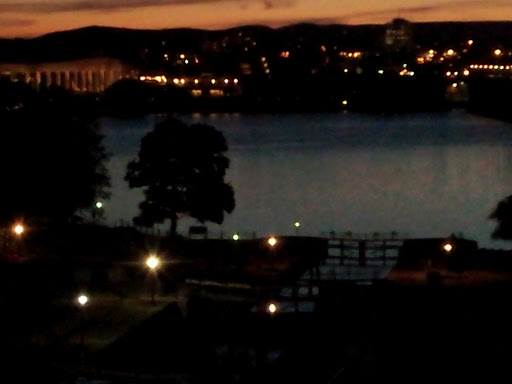 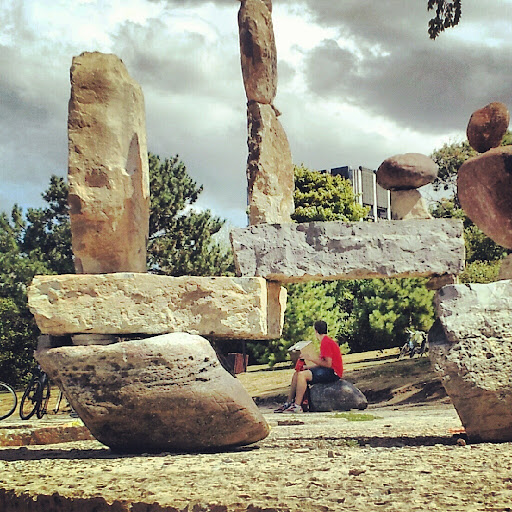 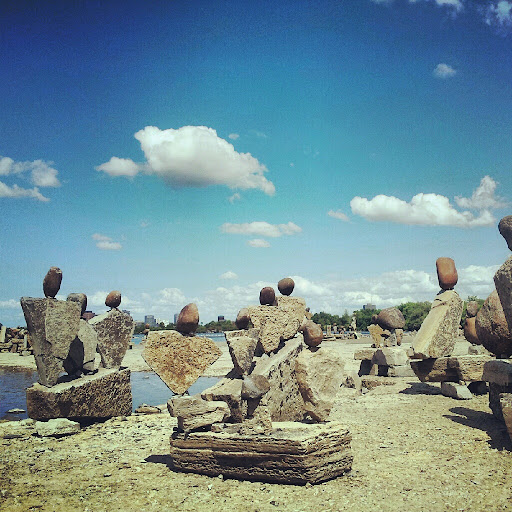 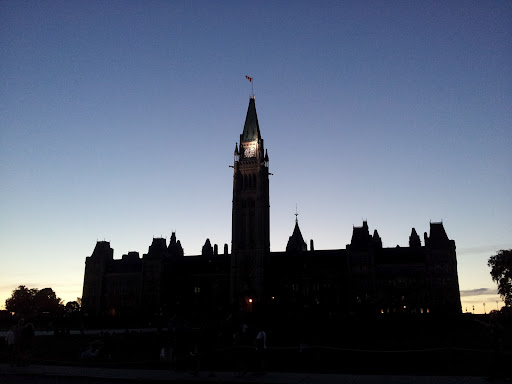