Dominique biked with us to the Trans-Canada this morning before bidding us farewell. The day was rather hilly, but at least there was no wind to slow us down.

Halfway through the day we saw road signs telling us of a place a called St. Louis du Ha! Ha! It was a coupe kilometers away and so we had to check it out.

To or dismay, St. Louis du Ha! Ha! was devoid of anything that would make anybody smile, let alone laugh. There were no clowns, there was no circus. There were no little people, no comedians, and no joke shops. There was no laughing gas, and no dead baby jokes. The streets were not very charming, and the place lacked vibrancy. The people didn't even smile. What a downer. Maybe the name is meant to be ironic.

We went through several tires today. John had the initial flat, and as we were pumping up the tube, the valve broke and started leaking air.

A little while later, I got another flat. Immediately after I changed it, John got yet another flat. I'm convinced that little gnomes are slashing our tires while our backs are turned and giggling gleefully back to their homes in the bush where we can't see them.
If you're reading, leave us alone gnomes.

Finally we made it to New Brunswick,the first province I've never been before. There was a time change right at the border and we're now an hour ahead of Eastern Standard Time. Edmunston (the city we're staying in tonight) is having some sort of festival and so is quite packed downtown. We tried to find a motel but it none had vacancy so we're camping instead. Yay.

Now I'm about to watch Dumb and Dumber and eat BBQ Crispers. So excited. My calve hurts. Hopefully it gets better. It hurts a fair amount. I hope Teddy isn't dead. 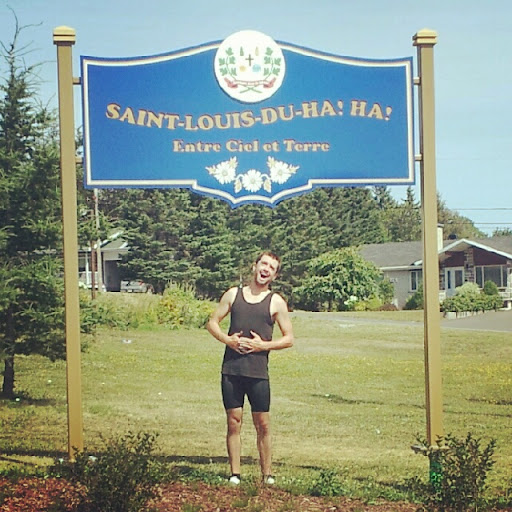 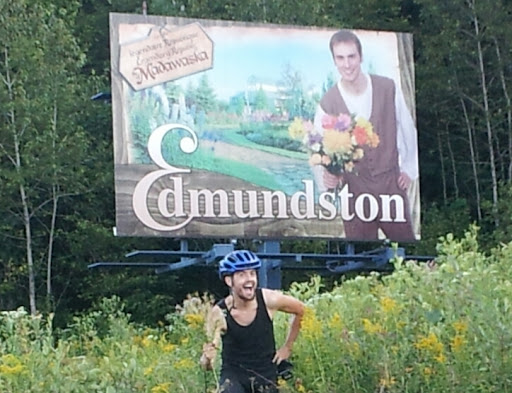