Yesterday we left Revelstoke for Golden at about 12:30pm and didn't get here until about 11:30pm.

Before we left we bought cycling shoes and clips which a gentleman from Calgary said would keep our knees aligned and help prevent injuries. It made it much easier to cycle up hills, but it cost us $250 each! Expensive. He offered us his place to stay in Calgary, and may cycle with us a little bit. This is the same guy who let us use his shower in that creepy hotel and let us stay in his hotel room for only $25. Nice guy, eh?

When we left it was pouring rain again but it only lasted for about an hour. Still it was enough to absolutely soak our feet. They were soaked the entire day, and my feet were numb with the wetness and cold.

It was the most mountainous day, but also the most scenic so far. Rogers Pass is full of huge mountains that absolutely dwarf us. There were big glaciers, in every direction. The majority of the day was spent cycling uphill, which is why it took us so long. Sometimes it would feel like it was at least level, but we'd look to the side and see small rivers trickling against us.

At the top of Rogers Pass were rewarded with a relatively long downhill section that  included tunnels that were pitch black and leaked water onto our heads. It was freezing.

Some days go by slowly. We've found that the start if the days go by fast, and that we travel longer distances than it seems, but by the end if the day, it feels like we've gone 20 km when really we've only gone like 10 km.

About 55 km out there was a time zone change and we stayed at this new mountain lodge for dinner. We're now only two hours behind. The food at the restaurant was delicious but somewhat pricy for the portion size. I got a bison sausage pasta, and John got an Elk burger. It came compete with "...the most delicious tap water you'll ever have!" What a sell!

As we cycled in to Golden it started getting dark. Our lights just didn't seem to do much. John got a flat just a couple km from Golden, which is just our luck. Thankfully Kris, our couch surfing host was able to pick him up. It would have been impossible to change it in the dark.

This puts John's blown tire count to 3. Maybe he should stop being so fat.
When we got to Kris's place we had hot showers. It felt so freaking nice. Well, it was nice for me - apparently I used up all the hot water and so John was freezing. Bwahaha! Poor John.

I woke up next to an affectionate cat. They're growing on me. NOT literally. 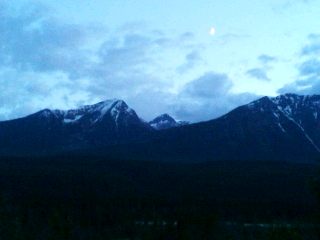 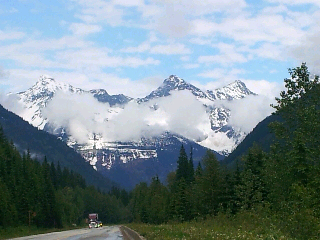 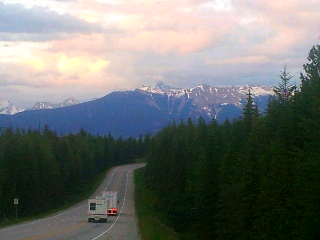 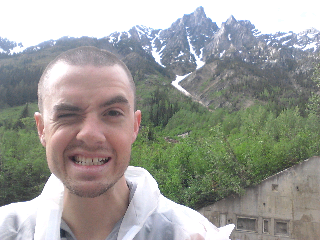 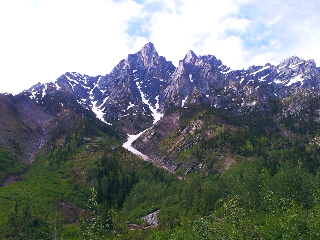 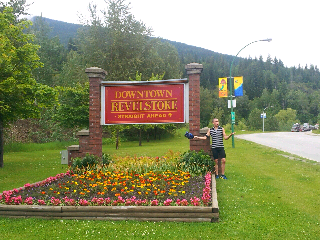 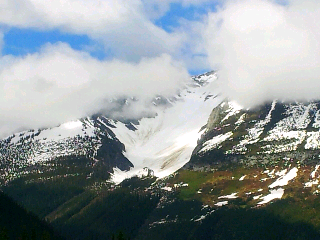 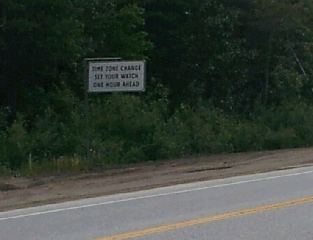 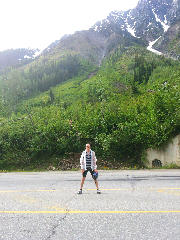 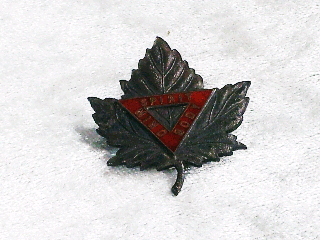 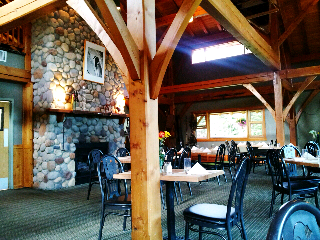 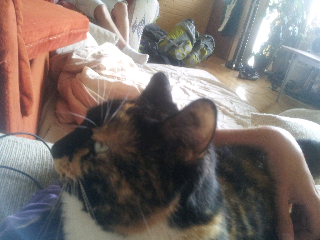 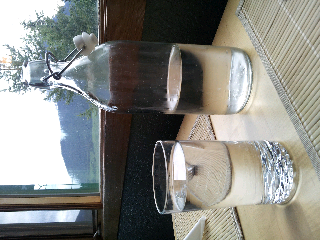