Coolest guy ever. Mike cycled with us today for a coupe hours before heading home. We're on the prairies now and I must say the people  of Alberta are actually all really nice so far. Many people give us friendly honks and waves as they pass by in their pickups, and we even had a nice guy ask stop on the shoulder and chat with us about our trip while we stopped for a quick snack. We said goodbye to Mike and his family and immediately missed them. Soon thereafter we made way for Bassano (not Vassano, my mistake).

Along way we stopped at a gas station to use the washroom and refill our bottles. The water kinda tasted like sulfur and so John demanded a refund. They rightfully spat in his face. The place was operated by a first nations tribe and was full of really cool works of native art and beading. We both bought some really cool arrows as souvenirs. I plan on shooting John with one next time he smacks his lips while eating.

When we made it to Bassano we looked for a place to stay and found a motel. We told the owner we couldn't afford much and after he showed us the room we bargained it down to $34. We thought that was a very respectable price, but as we went to pay he told us it would be that much each. I was like, "hecks no!" and we left to find a campground. It's free. Awesome.

Bassano is a town of only around a thousand. Everyone is super tanned and everybody seems to know one another. Hopefully it doesn't get too cold tonight. There is a train track right next to us which will probably keep John up if any trains pass by. Hopefully there isn't a derailment.

The heat made me tired today. I really must sleep. I also need to come up with a hilarious prank for John and am open to suggestions. 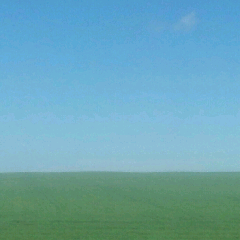 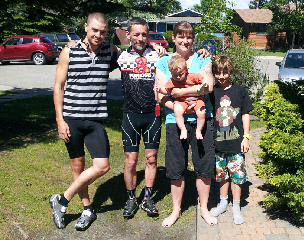 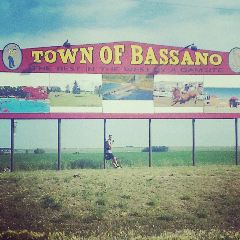